Introduction to the Kingstree Documentary Project

TiTLE: “What happened to the King’s Tree”

It was 1964 when two young girls would develop a friendship that would span more than 50 years.  They met in the 4th grade while attending Anderson Elementary, the only elementary school for black children in Kingstree, SC. – the county seat of Williamsburg County.

On May 1, 2021, these two friends reunited in their hometown of Kingstree to share their talents- Inetta, a TV producer and host of her own show “Inetta and Friends” and Wandy, a retired educator and author.  They met at the African American museum for a live television interview  and book signing for Wandy’s new book titled, The Imperfect Storm: Racism and a Pandemic Collide in America.  How It Impacted Public Education and How to Fix It. They discussed several aspects of the book as well as reminisced about their experiences of being the first class to integrate Kingstree Senior High School in 1970.

During their visit, it had become painfully obvious how much had changed in the beloved town in which they grew up.  Booming businesses were now closed or torn down; the high school they attended during segregation -Tomlinson High School- was destroyed with only remnants of what it once was.  And most recently, Williamsburg County School System had unfortunately been taken over by the state.  What has happened to Kingstree?  That became the burning question.

So, Inetta and Wandy decided to search for answers, which became the catalyst for this documentary – “What Happened to the King’s Tree?”

We hope that you will join us on this breathtaking journey as we discover (and rediscover) our dearly loved home-town. 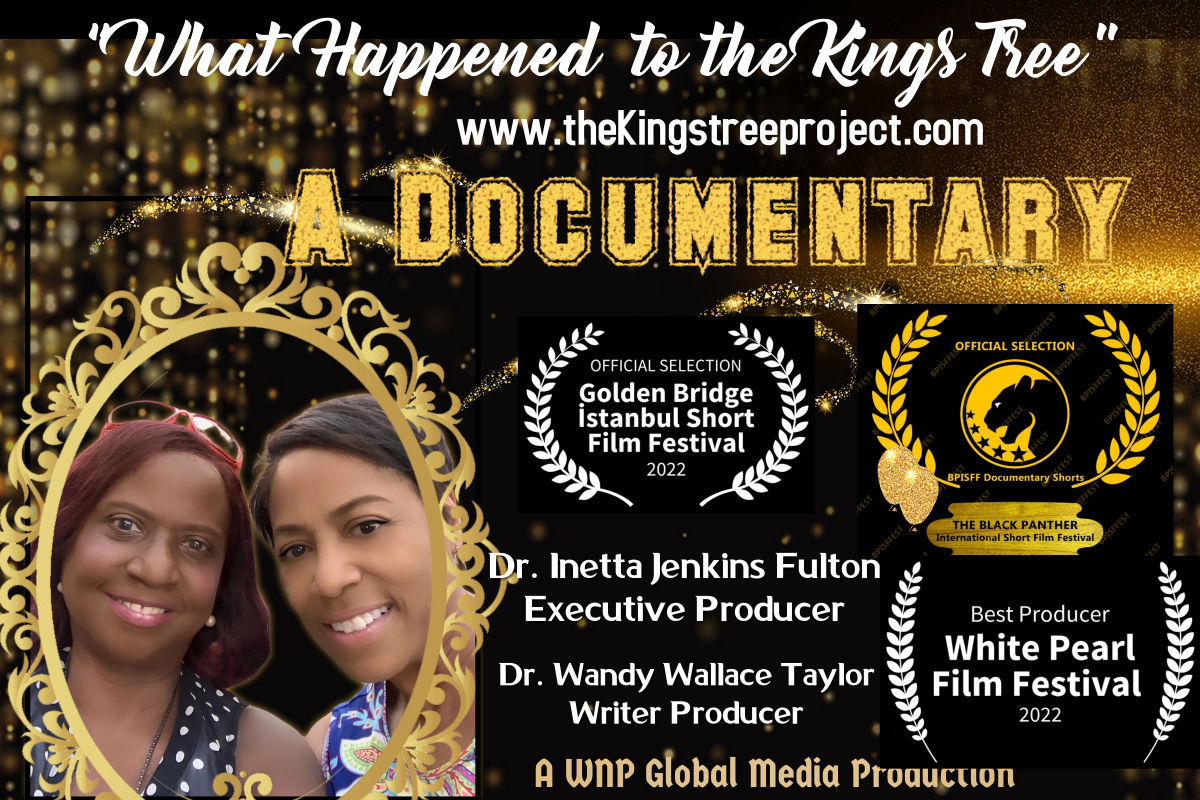 click on link below for a short video introduction